What an amazing experience, thank you Steven Torrington for being with me training at least 3 days a week since December 2017, it was an experience I will repeat anytime with you. Both Steven and I took advantage of a coach, Neville Beeton (CoachNeville). Neville was fantastic and I would highly recommend following a programme from an experienced coach (see First-100-Mile-TRAIL for one of Neville’s trail magazine article’s). 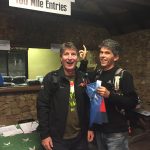 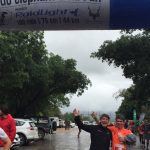 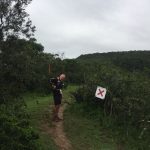 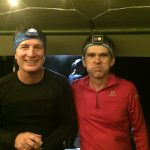 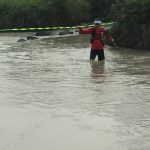 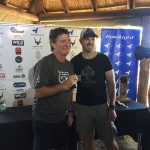 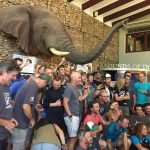 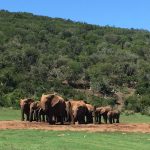 A gentle run in the rain an a reasonably flat dirt road.

Rather a brutal 20km!

We followed the incorrect route (there was a MTB race the week and the signage was very similar) resulting in a 10km detour.

Note to self: next time use the GPS from the start!

(No CP 3 nor CP4 due to inaccessibility.)

A rather tough run in the dark from CP2 to CP5 having to dodge (rabbit) holes on the jeep track but we made good time to CP5 ~ although maybe should have written off the 2 hours lost and kept to our original running pace/chart.

Tired now and some nasty hills to get us to the hippo’s.

Cutoff point, made with 2 hours to spare. A good rest and change of clothes (not shoes or running tights).

We stopped making videos from CP11, unfortunately Steven pulled out at CP13 before the valley of tears – 17km of tough climbing. I was fortunate to be given permission as the last competitor to continue.

Caught up to 2 other runners (Trish Schuin & Wayne Du Plooy) in the valley of tears and stayed with them for the remainder of the race – thank you Trish & Wayne.

Attached the packing list we used (based on Steven’s 2x Skyrun experiences) and an  estimated time chart (we generally followed this time chart given we had a 2hour setback at the start). See AddoList.

What an awesome experience.

I am involved in market risk and performance analytics in the financial services industry. My expertise includes portfolio management, fixed income analysis, advanced derivative pricing and building software valuation models.
View all posts by alundarwood →
This entry was posted in Swimming, cycling & running. Bookmark the permalink.